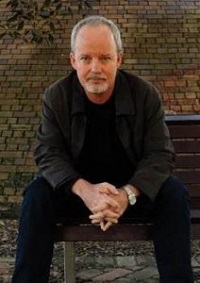 It’s great to see one of Australia’s foremost crime/thriller writers getting the credit he so richly deserves and this award adds to the ever-expanding swag of booty that his books are stowing away.

The award is for ‘‘the best crime novel by an author of any nationality, originally written in English’’ and it was awarded to Robotham for his book Good Girl, Bad Girl.

Good Girl, Bad Girl is the first book in a new series featuring British criminal psychologist Cyrus Haven. It was also a finalist for the 2020 Mystery Writers of America’s Edgar Award for Best Mystery and shortlisted for the 2020 ABIA General Fiction Book of the Year Award.

Robotham’s first Gold Dagger Award was in 2015 for the stand alone Life or Death which also earned a finalist nomination for the Edgar Award for that year.

Other Australian authors to win the Gold Dagger Award are Peter Temple who won in 2007 with The Broken Shore and Jane Harper who won in 2017 with The Dry.