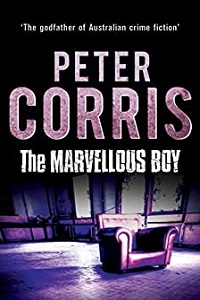 For Hardy, big money and big problems seem to go together. And Lady Catherine Chatterton has plenty of both.

Widowed, Lady Catherine presides over the crumbling Chatterton fortunes. Blowzy, boozy Bettina is her only child, but she and Mummy aren't on speaking terms. What Lady Catherine wants is an heir. A respectable heir to uphold the family name. So when Bettina's ex-husband shambles in one day, drunk, demanding money and raving about a grandson she never knew she had, someone has to find out if he's telling the truth. Someone like Hardy.

Through the derelict boarding houses of Darlinghurst, the Canberra social set, and a couple of not-so-peaceful trips to the country, Hardy finds the case leading him into one of the strangest roles a private detective ever had to play...

The Marvellous Boy is the 3rd Cliff Hardy detective novel by Peter Corris, a hardboiled series that has progressed to become one of the mainstays of the Australian crime genre. Hardy embarks on a hunt for a missing person who doesn't even know he's missing in this typically hard hitting novel by the godfather of Australian crime fiction.

Cliff Hardy is hired by Lady Catherine Chatterton to track down a missing heir. She has virtually disowned her entire family but wants to believe that there is someone in her family worthy of inheriting her assets. She has learnt of a grandson she never knew existed, born 30 years ago after her daughter left her following a falling out. Hardy's job is twofold, firstly, he must confirm that the boy really exists and then secondly, to bring him to her. She's sure that if she has an heir, his bloodlines will ensure that he must be a marvellous boy.

So Hardy's investigation begins in Sydney's Kings Cross as he finds Lady Catherine's broken down former son-in-law, a drunk living in one of the suburbs dingy apartments. He then moves on down to the south coast of New South Wales to a retired doctor who specialised in abortions and adoptions for single mothers who didn't want their babies. What he finds among the doctor's records is the possibility that a boy may have indeed been born to a woman matching the description of Lady Catherine's daughter. All very vague, so far.

But finding this baby, who is now a 30 year old man proves to be just a little more difficult and the process seems to stir up a hornets nest. Someone has been alerted to the fact that Hardy is looking and seems prepared to try anything to stop him finding.

The Marvellous Boy is one of those classic hardboiled detective stories, controlled by the careful gathering of information, occasionally by force, before blossoming out to reveal a deeper, more sinister secret. With his gun, a clapped out old Ford Falcon for a ride and roll-your-own smokes in the pocket, Cliff Hardy is about as bare-knuckle, down to earth as they come.

With an economy of words but with tremendous detail and flair for description, Corris brings his characters to life:

Her dark hair was pulled back in a tight bun and her thin lips were like a strap keeping the pale, clear flesh on the lower part of her face tight. She was about thirty, handsome in an only-one-of-her-kind-in-captivity way. She looked as if she had a very good opinion of herself and a low one of nearly everyone else."

The Marvellous Boy is hardboiled all the way with the tough and uncompromising Cliff Hardy representing the epitome of the hard-bitten detective. He embraces his vice, is prepared to talk tough when he has to and backs it up with a preparedness to take his knocks as part of the job, willing to deal out his own brand of violence when necessary.

This is a strong detective novel that builds in intensity and adds to the intrigue nicely as it continues. The initial focus is replaced by a much more complex and ultimately more satisfying mystery that results in a hum-dinger of a finish. It's no wonder that readers keep flocking back to Peter Corris' Cliff Hardy series.

Previous Book in the Series 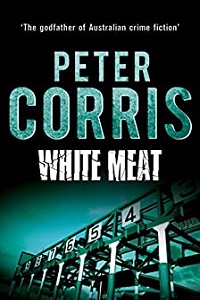 Next Book in the Series 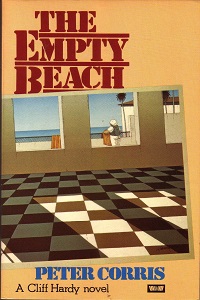